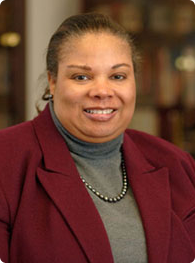 Ms. Diane Frasier serves as the Director, Office of Acquisition and Logistics Management and the Head of the Contracting Activity (HCA) at the National Institutes of Health (NIH). Ms. Frasier oversees all of the NIH’s acquisition, property, supply and transportation programs. During her tenure at the NIH, Ms. Frasier initiated the design, development and implementation of the NIH Contractor Performance System – one of the first systems to collect and retrieve contractor past performance information. Ms. Frasier also chaired the joint agency committee which established the Federal Past Performance Retrieval System, PPIRs. Working closely with the NIH’s 27 Institutes and Centers (ICs), Ms. Frasier oversaw the restructuring of the NIH’s 18 contracting offices to 10 offices while ensuring continued acquisition service to the ICs. Ms. Frasier also played a critical role in the transition from a legacy management system to the NIH’s New Business System and its reporting system, nVision. Ms. Frasier continues to be an avid supporter of acquisition streamlining as evidenced by the management of the NIH’s Information Technology Acquisition and Assessment Center (NITAAC), a Government-wide Acquisition Contract. Prior to joining NIH, Ms. Frasier had a long career with the Department of Defense.

“NIH…Turning Discovery into Health” is a trademark of the U.S. Department of Health and Human Services.